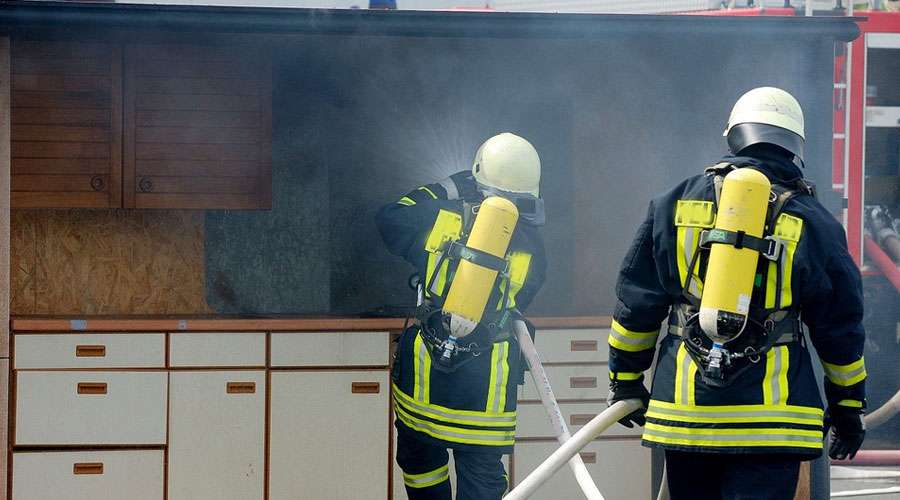 Home restoration is amazing in itself. Just by putting things together, a new and a better home can already be born. However, it involves lots of risks. Like construction, which is highly associated with it, certain mishaps may happen. These accidents may lead to injuries and worse, death.

No wonder, individuals who hold jobs that are related to these two are also considered risk-takers. Since their jobs are too physical by nature, they always face the possibility of getting hurt or harmed in anyway whenever something goes wrong.

The same situation was reflected by the data published by the Electronic Library of Construction Occupational Safety and Health (ELCOSH).The information, which came from US Department of Labor, Bureau of Labor Statistics, and Census of Fatal Occupational Injuries, revealed that among the major industries, construction had the highest fatality rate.

In the same report by ELCOSH, a breakdown of the figures was also presented. It provided information on the fatality rate per occupation and according to this breakdown, construction workers were the ones who were most prone to accidents. It was followed by carpenters and roofers.

As for the exact incident leading to fatality, the leading was fall from roof. It was shown in another graph included in the same report. The next cause was fall from scaffolding and fall from ladder.

It was no longer surprising, though, as it was said in a separate graph that in the construction industry, falls were really the most common kind of accident.

All these information just show how risky this industry is. However, it is also a good trigger for us to ask ourselves—do all these things really have to happen?

Apparently, the answer is a big “NO.” While we can say what accidents are always a part of the possibility when we talk about the construction industry, we can also say that there are still lots of ways to avoid these mishaps.

In fact, these accidents can be avoided through enough protection. As pointed out by The Occupational Safety and Health Administration reports, among the most common causes of these falls are violations of federal regulations. Meaning to say, if companies are just careful enough, accidents could be avoided.

Lack of communication systems to warn workers is another cause of accident. Apart from the ones mentioned, the lack of safety on scaffolding is also a major cause.

Apparently, things show that there are really companies that have the tendency to forget about their duties when it comes to providing safer facilities for their workers. Some also have shortcomings when it comes to warning their workers about the risks involved in their jobs. And, most of all, some fail to follow federal regulations, which are very important not just to ensure workers’ safety but also to ensure that they adhere to the standards mandated by the law.

Now, here comes the need for companies that actually follow the standards and follow the rules. Considering all these risks involved in any restoration or construction projects, you have to ensure that your contractor is following the safety measures and the correct guidelines to avoid accidents.

Yet, another big question is this—how can you ever make sure that your contractor adheres to legitimate standards? Here’s the answer: Know whether your contractor has certifications from BBB and ROC.

The Better Business Bureau (BBB) basically helps people to come up with smarter decisions when choosing certain businesses to trust. It is already given that each day, people are faced with lots of choices when it comes to products and services they can get. This means that every day, they experience difficulty choosing. Then, as we all know, not all choices end up okay. Some trust certain establishments only to find out in the end that they are not worth the time and cash.

BBB has helped many people make things more bearable by setting standards. If you are wondering about what it has done for the past 100 years, here are the things BBB does:

Apart from BBB, there is also ROC or Arizona Registrar of Contractors. Like the BBB, ROC also aims to help people make better choices when choosing businesses to trust. However, this one is more focused on contractors in Arizona.

Established by The Legislation in the year 1931, ROC aims to license and regulate residential and commercial contractors in Arizona. It also aims to protect the health, safety, and welfare of the public. Whenever it receives complaints on businesses, whether licensed or unlicensed, it sends its staff to conduct some investigation.

Now we can say that a restoration company that is certified by BBB and ROC is a business you can trust. It does not just have all the necessary papers like licenses, permits, and insurances; it also follows the rules mandated by the government. Apart from these, you are also sure that the business complies with industry standards.

Therefore, besides ensuring the quality of work, a BBB and ROC licensed restoration company also follows safety measures when it comes to is restoration projects. It also pays attention to other important things such as workers’ safety, making sure each of them is informed about the risks of each job.